The I/O keynote is in a few hours, and while there’s been a ton of announcements and app updates leading up to the event there’s been no mention of Google’s maligned Hangouts app. So here’s my fearless prediction: expect a huge Hangouts announcement/release to a standing ovation during the keynote.

There’s just no way the app has been lacking in features and overall stability for this long (not to mention the apparent favouring of the iOS version of the app over Android) without the Google team having something up their sleeves. 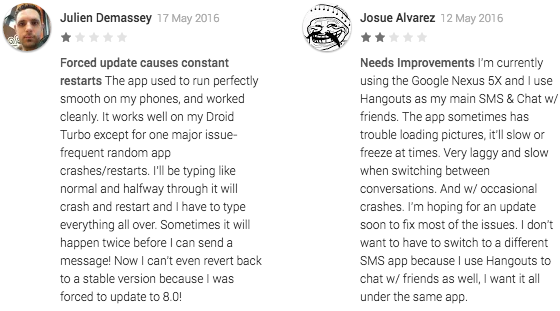 UPDATE: Prediction wrong! Hangouts was just as neglected at I/O as it seems to be in it’s day-to-day life. Google did announce a new messaging app that seems to be targeted much more at the mass-market, including stickers and a built in Google assistant (don’t call it a bot?). Also announced was Duo, a one-to-one video chat app which looks very promising indeed – low friction, simple to use, good quality video!

View all posts by punyweakling